1. For your homework, please read Ch 8 of St. Augustine’s Confessions, which can be found at this link: file:///home/chronos/u-200e9e3add4b0a6a37c5d81f1616a7a97ea0419e/Downloads/confessions_viii.pdf.
2. While reading, please answer the Reading Response questions in the “Assignments” folder.
3. In order to have a better grasp on the reading, please also watch this (very) short video about Augustine. https://www.youtube.com/watch?v=bMaSjAlWZ00
4. Also, here is a very brief summary of the chapter in order to help you follow the overall structure of the chapter: “Conversion to Christ. Augustine is deeply impressed by Simplicianus’ story of the conversion to Christ of the famous orator and philosopher, Marius Victorinus. He is stirred to emulate him, but finds himself still enchained by his incontinence and preoccupation with worldly affairs. He is then visited by a court official, Ponticianus, who tells him and Alypius the stories of the conversion of Anthony and also of two imperial “secret service agents.” These stories throw him into a violent turmoil, in which his divided will struggles against himself. He almost succeeds in making the decision for continence, but is still held back. Finally, a child’s song, overheard by chance, sends him to the Bible; a text from Paul resolves the crisis; the conversion is a fact. Alypius also makes his decision, and the two inform the rejoicing Monica.” (https://www.ourladyswarriors.org/saints/augcon8.htm)
Please answer the following questions while reading ch 8 from St. Augustine’s Confessions. Remember to use specific examples from the text and even quote the text when necessary. Note that I have included section numbers for the questions.
1. Who is Victorinus and why does Augustine admire him? (2,3-4,9)
2. Why does Augustine say he was unable to imitate Victorinus? In your answer describe Augustine’s two wills. (5,10-12)
3. Who is Ponticianus? What is the story he tells Augustine? How does the story affect Augustine? (14-18)
4. Google “Manichaeism”. How does Augustine argue against it? (22-24)
5. Describe Augustine’s conversion experience. ( 28-30)
Don’t read the whole document, only read Book 8.
Attachments area
Preview YouTube video The Life of Saint Augustine explainED 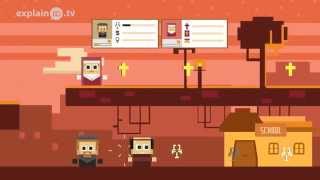 The Life of Saint Augustine explainED

Solution Preview
Victorinus is a famous translator of the Neoplatonic books. Notably, Augustine was recently reading the books. Victorinus converted to the Catholic faith during his seventies. As such, Augustine had…